The value of a hard asset is comprised of four basic components:

Historical Importance must rank as the most highly valued attribute of the Hard Asset.  In the case of commodified hard assets like precious metals and gem stones, they have been established as "valuable" over the course of thousands of years of human history.  Caesar collected pearls.  Ur Nammu collected gold objects.  Solomon collected gemstones.  The Ptolemies collected rare books.  They arranged with Athens to receive original copies of the plays of Aeschylus and Euripides so that they could copy them.  They posted 15 talents of gold as collateral.  Then they kept the originals.

But specific objects of established historical importance are the most valuable.  The Holy Grail.     The Ark of the Covenant.  The Shroud of Turin. What would these bring on the open market?  Of course, they're not on the market so people write novels and make films about them 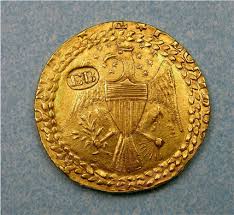 The obelisk of Aksum.  the Sphinx's beard.  The Rosetta stone.

All these would bring fantastic sums when and if  available because they are evocative of entire eras of history.

Of course, if there were ten million original crowns of Philip (I know, how could there be - but if there were) it wouldn't be worth nearly so much.  Value is determined by the fact that only a very few can own it.

This is a tough one.  Your kid could draw a beautiful picture.

You can look out your window and see a beautiful vista.  Neither is worth much on the open market.

But when an object has historical importance and is rare and then is also Beautiful, the beauty tends to increase the value.  The Mona Lisa is the most valuable painting by Da Vinci as it is thought to be the most beautiful. 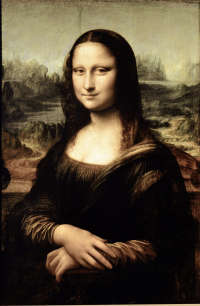 Take a Warhol print.  It is neither rare nor particularly beautiful.  It can be argued that it is not meant to be either.

Yet it has tremendous short term value as it has tremendous prestige.  It's prestige is essentially a specualtive option on future historical importance.  Will it be important in 200 years?  Who knows.  Odds are very high against it.  But in the very short run you can make a lot of money by flipping them because it is fashionable to believe that it will.

We are in the midst of an incipient currency crisis.  The Euro is dissolving.  The Rouble is crashing.  Emerging market currencies are in deep trouble.  The yen is dead currency walking.  That leaves the dollar and gold.  The dollar and gold  will strengthen as all the currencies fail.  When confidence in the US banking system falters, that will leave gold - and hard assets.

Warren Buffet famously remarked the in a crisis the tide runs out and we see who's swimming naked.

In other words SPECULATION becomes a dirty word.  Speculative value becomes very unattractive.  In a crisis we want certainty.  We want intrinsic value that has proved it worth over thousands of years.

During a currency crisis prestige objects that lack historical credibility tend to lose value as they are so closely identified with the currencies that are collapsing.  They are fashionable because of their speculative value.

Some few of these will retain value right through the crisis.  Some will not.

But It is best to stick with hard assets with a long track record of historical value.